Singapore is looking to write another chapter in its economic success story in the coming years by becoming Southeast Asia’s fintech hub. As an incubator of successful start-ups with a valuation exceeding US$1 billion, the country is laying the groundwork to produce its next wave of tech unicorns in the fintech sector, too.

The city-state aims to demonstrate that this success can be replicated among its more than 1,400 fintech start-ups, mostly focused on investment, lending, payments and personal finance, becoming a disruptive force in the industry.

Not surprisingly, many of the changes brought by the COVID-19 era forced companies to accelerate their digitalization ambitions.

The COVID-19 lockdowns and travel restrictions of the last 20 months are “huge market shocks, yet the ensuing digitalization of both consumers and SMEs made the proliferation of fintech faster and long-term market structure healthier,” argues Kelvin Teo, co-founder of peer-to-peer lending platform Funding Societies.

That’s also true of Singapore more broadly, where the Monetary Authority of Singapore (MAS) has been laying the groundwork for reform before the pandemic, which is helping the nation to emerge more vibrant and innovative than ever.

To put things into perspective, Menon says, “Generally, it’s done well. We still have several challenges ahead. I think the digital transformation of the financial sector needs to continue.”

The Switzerland of Asia 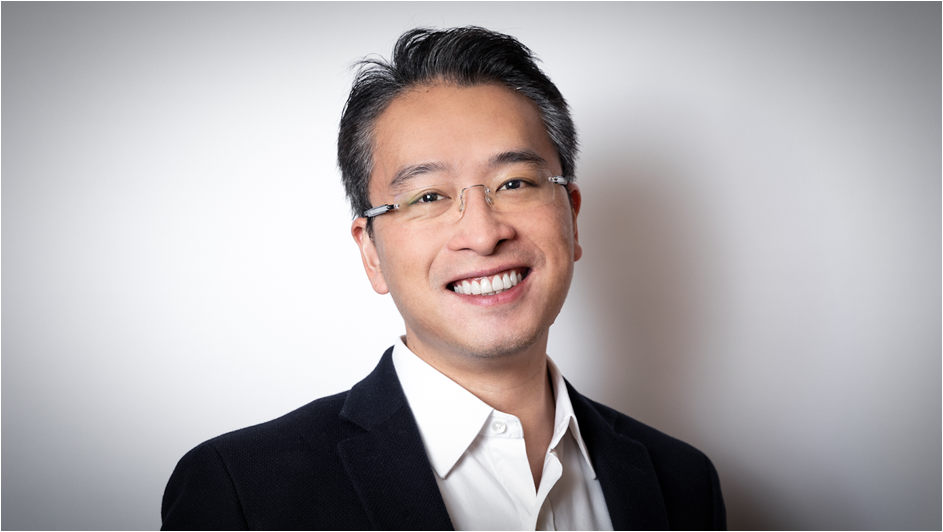 “Our DNA is co-located and dual headquartered in both Switzerland and Singapore.” Gerald Goh, Co-Founder and CEO of Sygnum Singapore

Gerald Goh is CEO of Sygnum Singapore, the first digital asset specialist with a truly global structure. It holds both a Swiss banking and Singaporean asset management license, straddling east and west in unparalleled ways. Sygnum is a fully-regulated, fully integrated platform for high-value clients, focused on being their partner of choice for the issuing, storage, trade, and management of their digital assets. Just three-and-a-half years old at this point, the company focuses on building trust with their clients by obtaining all relevant regulatory licenses before they offer a product.

Speaking of MAS, Goh says “You’d be hard-pressed to find a financial market regulator globally that is as embracing of innovation and is as supportive of fintech companies like ourselves, pushing the envelope on innovation,” which underpins the company’s mission of empowering clients to own digital assets in secure, transparent and user-friendly ways.

There are many parallels between Singapore and Switzerland. Each is a resource poor country with four national languages and a highly skilled workforce making both, in a way, superpowers in banking and fintech.

Suffice to say, Sygnum, Singapore, and Switzerland are a great fit. “Our DNA being co-located and dual headquartered in both Switzerland and Singapore – these were very conscious choices we made,” Goh explains.

Singapore checked all Sygnum’s boxes as a fast-growing financial hub teeming with fintech companies, digital asset companies and some of the biggest crypto asset companies. The city is at the center of a giant constellation of rapid-growth, high-population countries with vast innovative potential that only add to its allure. “Even more so,” Goh says, “the fact that Singapore has served, and we believe will continue to serve, as a gateway to the growing affluence of Asia.”

The blockchain center of the future

A key element of fintech is blockchain technology, which is another sector in which Singapore is looking to generate an important part of its appeal in the digital age.

The Blockchain Association Singapore (BAS) is moving fast in the development and promotion of this revolutionary technology. More importantly, Singapore-based companies are creating an ecosystem that leverages on the country’s standing as a global financial services and trading hub to turn it into the blockchain center of the future.

“We seek tokenization of private equity and real estate as a growth driver for the next few years,” he adds, noting that banks in Singapore are increasingly hiring. “Singapore could become a very important blockchain node.” 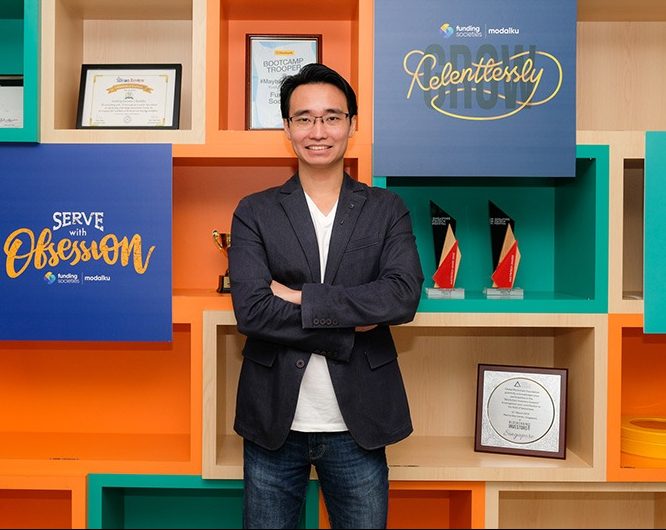 “The pandemic has accelerated the economic digitalization and workforce upskilling by years.” Kelvin Teo, Co-founder and Group CEO of Funding Societies

Singapore’s “edge” isn’t just its “organized economy” geared to catalyze a start-up boom. Nor is it just the financial firepower that Singapore’s 5.9 million people represent. It’s the ways in which the entrepreneurial spirit is bubbling up across a nation well-positioned to harness growth in Southeast Asia, China, India and beyond, according to Funding Societies’ co-founder.

Not to mention SMEs, which are the backbone of the economy not only in Singapore, but also in highly diversified markets like Germany and Switzerland. For Singapore, funding those companies is key to opportunity and success.

“As a pioneer in Southeast Asia, we are proud to have contributed to the industry’s sustainability, evolution and internationalization, facilitating capital flow to SMEs,” says Teo. And in many ways, the forces of disruption are intensifying right under Singaporeans’ feet.

“The pandemic has accelerated the economic digitalization and workforce upskilling by years,” he explains. “Nearly all verticals of financial services and financial technology receive a boost, from personal finance to insurtech, payments to remittance, regtech to blockchain, and finally alternative finance to digital banking,” Teo notes.

That’s true not just in Singapore, Teo argues, but in Indonesia, Malaysia, and Thailand, where Funding Societies currently operates, with plans to expand to Vietnam and the Philippines. Spreading its wings has made Teo’s start-up a market leader in SME digital financing. It already handed out over US$2 billion in loans across five million transactions in ways that have Southeast Asian banks looking over their shoulders.

It’s Singapore’s regulatory toolbox and efforts to reinvent the economy that make the expansion over which Teo is presiding possible. “While Singapore is a small market,” he says, “it serves as a center of excellence and a hub to link our presence across Southeast Asia.” That, he adds, empowers his team’s focus to “unlock the potential of money” and “to put it in the hands of growing SMEs.”

Singapore is only just getting started 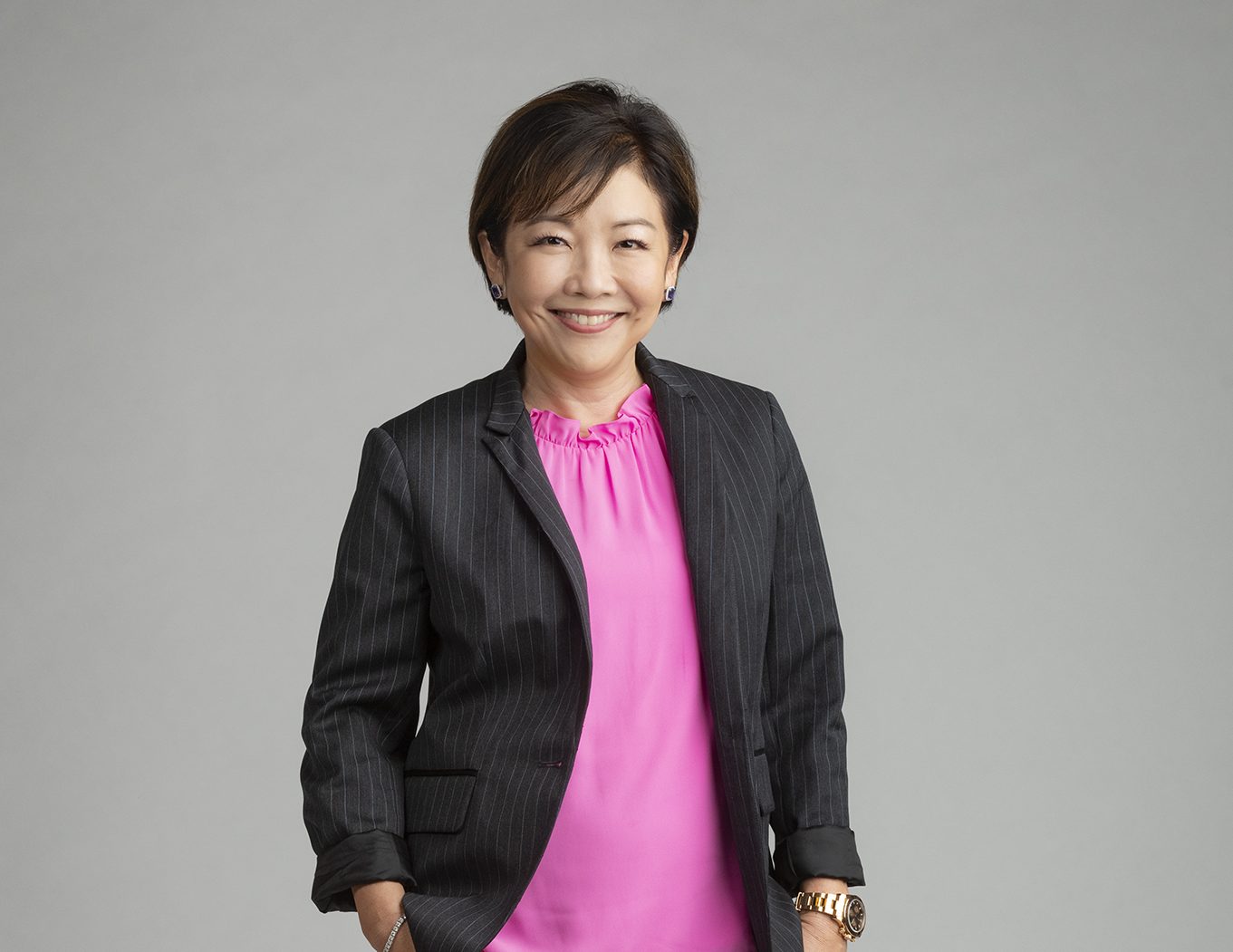 “We are trying to catalyze the disruption and transformation that we want to bring to the traditional insurer.” Pearlyn Phau, CEO of Aviva Singlife

And yet, the sense that Singapore is only just getting started is palpable throughout the US$340 billion economy, notes Pearlyn Phau, CEO of Aviva Singlife.

Phau should know, as Aviva Singlife is itself something of a work in progress. Aviva and homegrown Singlife will be merging to become one of Southeast Asia’s biggest insurance players, aiming to disrupt the sector, prod competitors to raise their games on digitalization, lower costs and acquire customers at scale.

“By bringing the two companies together,” Phau explains, “we are trying to catalyze the disruption and transformation that we want to bring to the traditional insurer, by adopting a lot of Singlife’s digital-first mindset and technology platform.”

In doing so, Aviva Singlife is proving to be a microcosm of the economy’s competitive advantages. And a proudly homegrown brand based in Singapore, where increasing market share alongside delivering the best customer experience is Phau’s top priority.

“A lot of the customer journey improvements, products, solutioning and technology that we want to deploy will be done here in Singapore as a proof of concept,” Phau notes. “Once we have established the model, we will look at opportunities to transplant it into the regional markets because you see a lot of disruption happening in Southeast Asia, as well. Digital plays a big part in this.”

Not surprisingly, many of the changes brought by the COVID-19 era dovetail with Aviva Singlife’s growth ambitions, from reorienting customers toward providing for their future to accelerated digitalization.

The good news for Menon is that Goh’s Sygnum, Teo’s Funding Societies and Phau’s Aviva Singlife are making big contributions to Singapore’s ambitions to be a fintech center. And vice versa.