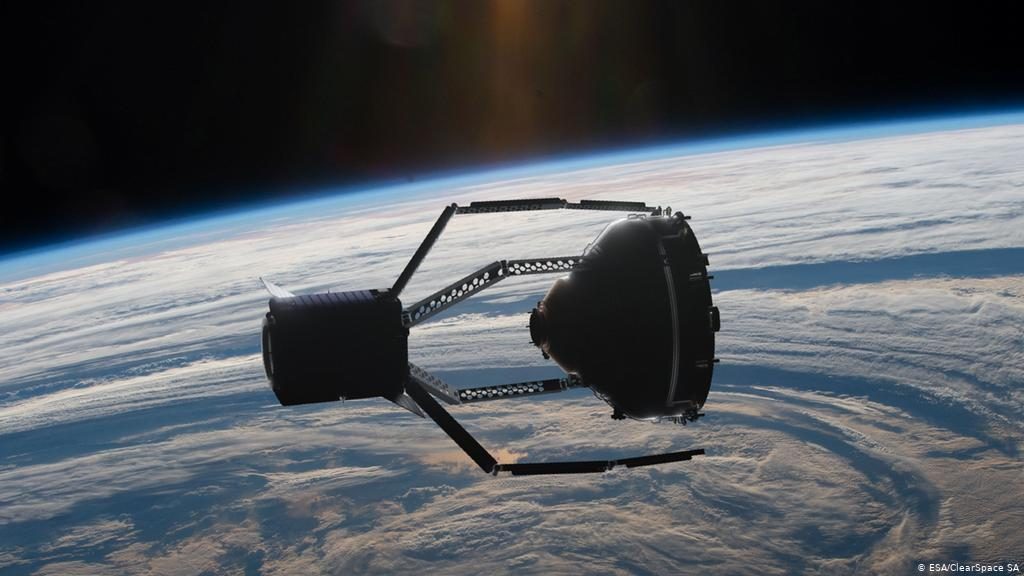 The SSR, an initiative first conceived by the World Economic Forum Global Future Council on Space and developed over the past two years by international partners, will score space missions on their approach to debris mitigation, along with a series of other parameters.

The SSR will reduce the risk of collisions and debris generation as well as help ensure that missions launched into Earth orbit are sustainable. It is an important step in ensuring the world can continue to use and maintain the resources of space for generations to come.

The Forum is very glad to support such an innovative approach to a global challenge of space debris. Incentivizing better behaviour by having actors compete on sustainability will create a race to the top.

With more satellites being launched each year, the risk of accidents and the creation of more debris continues to rise. This has created the need for a global system to foster the long-term sustainability of the space environment.

In recent years, the $360 billion global space economy has experienced a transformation. Declining costs, satellite and launcher size evolutions and the proliferation of related technology have led to a surge in satellite launches, many by new space enterprises and nations.

Over the coming years, thousands of payloads are expected to be launched by the commercial sector alone, adding to the nearly 4,000 active satellites already in orbit. This transformation and rapid growth are anticipated to increase the space sector’s vital role in telecommunications, remote sensing, space science and national security, making it a vital element of the Fourth Industrial Revolution’s infrastructure.

The SSR has been developed over the past two years by the Forum, the European Space Agency, the Space Enabled Research Group within the MIT Media Lab, BryceTech and the University of Texas at Austin.

The SSR initiative comes at a critical time. While satellites have long been used for navigation services, weather monitoring and television broadcasts, humankind’s reliance on space infrastructure is set to increase sharply with the launch of large constellations of small satellites designed to boost global internet access.

By voluntarily taking part in the new SSR system, spacecraft operators, launch service providers and satellite manufacturers will be able to secure one of four levels of certification which they can share externally to show their mission’s level of sustainability.

This will increase transparency and approach to debris mitigation, without disclosing mission-sensitive or proprietary information.

The goal is to incentivize good behaviour by all space actors in addressing the problem of space debris.

The scores will be based on factors ranging from data sharing, choice of orbit, measures taken to avoid collisions, plans to de-orbit satellites on completion of missions, and even how well they can be detected and identified from Earth. The characteristics of a launch provider will also have an impact on the score.

After a robust selection process involving close to 20 stakeholders, the EPFL Space Center (eSpace) at the Swiss Federal Institute of Technology Lausanne has been selected to lead and operate the SSR. It will begin issuing sustainability certifications to mission operators in early 2022.

Over the two-year development period of the SSR, numerous operators within the space industry have been engaged in the evolution of the rating system and there is already widespread interest in this new tool.

With our experience and the partners that will support SSR, we intend to initiate in 2022 what could be a game changer in the way space missions are carried out.

The SSR aims to influence behaviour by all spaceflight actors, especially commercial entities, and help bring into common usage the sustainable practices that we desperately require.

How to get involved?

Companies are invited to help shape the future of the space environment by partnering with the Forum, creating and scaling projects similar to the SSR.

The Forum’s Platform for Shaping the Future of Mobility brings together stakeholders from all sectors of society to create mobility systems, from aerospace to automotive, travel, tourism, supply chains and transport that meet worldwide demands, ensuring easy access to mobility for everyone.