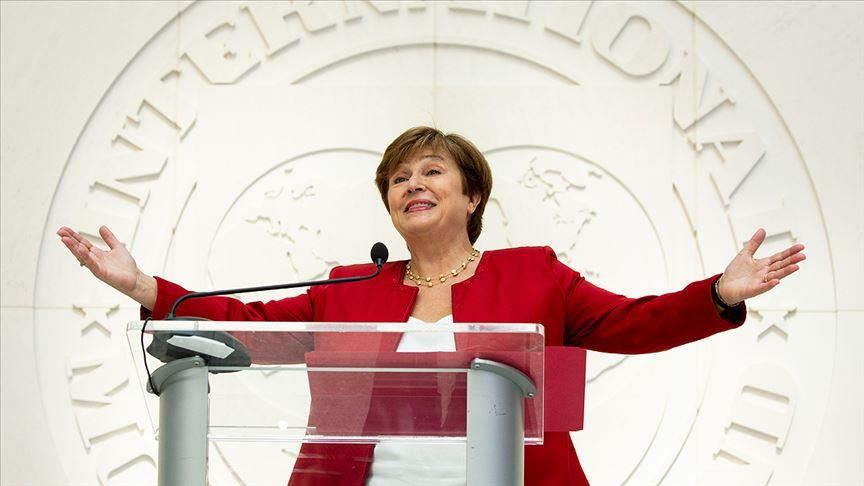 The International Monetary Fund is prepared to lend $1 trillion to governments as the effects of the coronavirus ravage economies across the globe, managing director Kristalina Georgieva wrote on LinkedIn. The IMF also laid out three recommended actions for governments: continue and expand fiscal stimulus; ease monetary policy, for example by lowering interest rates; and be flexible in applying financial regulation. Georgieva encouraged governments to remain in close contact and consider coordinated actions — “the best medicine to ensure that the economic pain inflicted by the virus is relatively short-lived.”

While quarantining and social distancing is the right prescription to combat COVID-19’s public health impact, the exact opposite is needed when it comes to securing the global economy.Constant contact and close coordination are the best medicine to ensure that the economic pain inflicted by the virus is relatively short-lived.

Many governments have already taken significant steps, with major measures being announced on a daily basis—including yesterday’s bold, coordinated moves on monetary policy.

But clearly, even more needs to be done. As the virus spreads, increased coordinated action will be key to boosting confidence and providing stability to the global economy.

The case for a coordinated and synchronized global fiscal stimulus is becoming stronger by the hour.

Today, the IMF published a set of policy recommendations that can help guide countries in the difficult days ahead.

What more needs to be done?

Fiscal measures already announced are being deployed on a range of policies that immediately prioritize health spending and those in need. We know that comprehensive containment measures—combined with early monitoring—will slow the rate of infection and the spread of the virus.

Governments should continue and expand these efforts to reach the most-affected people and businesses—with policies including increased paid sick leave and targeted tax relief.

Beyond these positive individual country actions, as the virus spreads, the case for a coordinated and synchronized global fiscal stimulus is becoming stronger by the hour.

During the Global Financial Crisis (GFC), for example, fiscal stimulus by the G20 amounted to about 2 percent of GDP, or over $900 billion in today’s money, in 2009 alone. So, there is a lot more work to do.

Going forward, there may be a need for swap lines to emerging market economies.

As the Institute for International Finance said last week, investors have removed nearly $42 billion from emerging markets since the beginning of the crisis. This is the largest outflow they have ever recorded.

So central banks’ policy action in emerging-market and developing economies will need to balance the especially difficult challenge of addressing capital flow reversals and commodity shocks. In times of crisis such as at present, foreign exchange interventions and capital flow management measures can usefully complement interest rate and other monetary policy actions.

This crisis will stress test whether the changes made in the wake of the financial crisis will serve their purpose.

Banks should be encouraged to use flexibility in existing regulations, for example by using their capital and liquidity buffers, and undertake renegotiation of loan terms for stressed borrowers. Risk disclosure and clear communication of supervisory expectations will also be essential for markets to function properly in the period ahead.

All this work—from monetary to fiscal to regulatory—is most effective when done cooperatively.

Indeed, IMF staff research shows that changes in spending, for example, have a multiplier effect when countries act together.

What the IMF can do

The IMF stands ready to mobilize its $1 trillion lending capacity to help our membership. As a first line of defense, the Fund can deploy its flexible and rapid-disbursing emergency response toolkit to help countries with urgent balance-of-payment needs.

These instruments could provide in the order of $50 billion to emerging and developing economies. Up to $10 billion could be made available to our low-income members through our concessional financing facilities, which carry zero interest rates.

The Fund already has 40 ongoing arrangements—both disbursing and precautionary—with combined commitments of about $200 billion. In many cases, these arrangements can provide another vehicle for the rapid disbursement of crisis financing. We also have received interest from about 20 countries and will be following up with them in the coming days.

In addition, the Fund’s Catastrophe Containment and Relief Trust (CCRT) can help the poorest countries with immediate debt relief, which will free up vital resources for health spending, containment, and mitigation. In this regard, I commend United Kingdom’s recent pledge of $195 million, which means the CCRT now has about $400 million available for potential debt relief. Our aim, with the help of other donors, is to boost it to $1 billion.

In this way, the IMF can serve its 189 member countries and demonstrate the value of international cooperation. Because, in the end, our answers to this crisis will not come from one method, one region, or one country in isolation.

Only through sharing, coordination, and cooperation will we be able to stabilize the global economy and return it to full health.