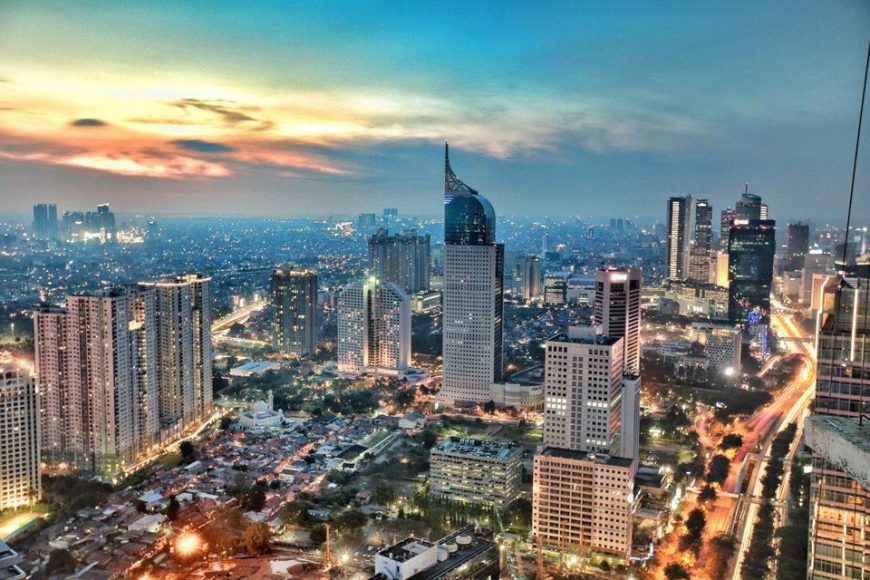 This story is part of Forbes’ coverage of Asia’s Best Under A Billion 2019 list, which highlights 200 Asia-Pacific public companies with less than $1 billion in revenue and consistent top- and bottom-line growth. See the full list, sorted alphabetically, here.

The annual Best Under A Billion list spotlights 200 small and midsized publicly listed enterprises in the Asia-Pacific region with sales under $1 billion and a track record of strong earnings growth. These companies posted more than 50% average growth in annual net profit and sales in their latest financial year, to a combined $10 billion and $54 billion, respectively.

The total market value of the class of 2019 fell 10% to $228 billion compared to last year’s batch, as the trade war between China and the U.S. dampened investor sentiment.

While companies from China, Hong Kong and Taiwan continued to dominate with 122 entries (up from 108 in 2018), some of the best companies come from other parts of the region. For instance, newcomer Kresna Graha Investama’s sales surged 375% for the past three years on average as the Indonesian brokerage benefited from the country’s booming e-commerce industry.

The following section highlights some of the companies on the list in alphabetical order.

Semiconductor equipment supplier AEM has long been captive to one customer, with more than 90% of revenue coming from Intel, but the company is diversifying. Over the past two years it has spent $13 million on acquisitions.

These include Singapore’s IRIS Solution, a machine vision firm, and Finland’s Afore, which is jointly developing a wafer-testing tool with Intel and has a deal with Taiwan’s Foxconn to test microchips. AEM also bought InspiRain Technologies, a Singapore-based company that supplies cable testers for Huawei’s 5G rollout in China.

However, with U.S. sanctions imposed on Huawei, AEM is cautious about the contract. Executive Chairman Loke Wai San says revenue from 5G projects will be a “small percentage” of the 2019 total. AEM expects revenue to decline this year after a bumper 2018, when it rose 18% to S$262 million ($195 million). —Pamela Ambler

This tech company is thriving as companies and governments utilize more AI. Backed by 1 million freelance contributors, Appen creates and updates the databases used by clients for machine learning and AI applications. “Our customers have an ongoing need for data,” says CEO Mark Brayan.

Appen’s net profit tripled to A$42 million ($31 million) in 2018 and revenue more than doubled to A$364 million. While much of that growth was driven organically, acquisitions are helping build new capabilities. The 23-year-old company bought automated search relevance company Leapforce in late 2017 and machine-learning company Figure Eight in March this year. Figure Eight will make Appen’s services more attractive to smaller clients, providing the company stickier revenues. —Nicole Lindsay

The country’s largest property brokerage was established by Luong Tri Thin in 2003. Born into an underprivileged family, Thin was a street vendor, porter, and rice merchant before becoming a real estate broker. Dat Xanh, where Thin is chairman and CEO, branched into property development in 2007 and now has 28 projects with 652 hectares under construction. The company invested around $2 billion in these projects, comprising affordable condominiums for Vietnam’s rapidly expanding middle class.

The company’s revenue jumped 61% to 5 trillion dong ($202 million) in 2018 while net profit rose 57% to 1.2 trillion dong. The brokerage division sold 28,000 homes last year, up 27% from 2017 and accounting for about half of group revenue. Dat Xanh aims to sell another 32,000 homes this year to further cement its leadership in the country’s brokerage industry, where it currently has a 30% market share. — Lan Anh Nguyen

The country faces a rapidly aging and shrinking population, making it harder to fill jobs and sell goods and services. But recruitment firms such as En-Japanthrive in that environment with online tools to help companies manage human resources. En-Japan’s net profit increased almost 28% to 8.1 billion yen ($75 million) in the year ended March 31, while revenue rose about 20% to 48.7 billion yen. Demand for its services will remain strong given the country’s tight labor market and with the increasing trend of job hopping by Japanese workers.

Revenues from the employment search and recruitment market are forecast to jump 27% to nearly $4.7 billion in the next three years, according to Tokyo-based Yano Research Institute. In the same period, En-Japan expects to nearly double sales and operating profits, while boosting dividends and potentially buying back shares, according to the company’s strategic plan announced in May. – James Simms

Founded in 2001 in the southeastern city of Huizhou, the company started as a supplier of lithium-ion batteries for e-cigarettes and home appliances. The company’s revenue jumped 46% to 4.3 billion yuan ($655 million) in 2018, while net profit increased 41% to 571 million yuan. It will invest at least $1.4 billion to boost annual production capacity for lithium-ion, soft-pack batteries by six times to 9 gigawatt hours by next year. The ramp up will help address demand from customers including Germany’s Daimler and South Korea’s Hyundai. — Yue Wang

This steelmaker operates in the country’s most populous state of Uttar Pradesh, where it produces sponge iron, a raw material for making steel products. The 14-year-old company is run by a father and son team: C.P. Agarwal is chairman and managing director, while his son Mayank is CEO. The company’s revenue and net profit more than doubled to 12.3 billion rupees ($176 million) and 1.64 billion rupees, respectively, in the year ended March 31.

Besides the steel mill in Uttar Pradesh, Gallantt Ispat also operates a power plant and a wheat flour mill. It plans to invest $113 million over the next two years both to double its steelmaking capacity to 660,000 metric tons as well as to build a new facility to produce iron pellets. The pellet plant will improve profitability and cut production costs. — Anuradha Raghunathan

Booming demand for smart sensors has propelled Pentamaster to the list for a third consecutive year. It was founded in 1995 in Penang, Malaysia by engineers Choon Bin Chuah, the company’s chairman, and Tan Boon Teik, its CEO.

The company’s main business is making equipment used by tech firms to do quality control tests on their products. With a focus on testing equipment for smart sensors, the company’s business has been buoyed by rising demand for these sensors, which can be found in electric vehicles, smartphones and factories. The company’s net profit surged 140% to 94 million ringgit ($23 million) in 2018, while revenue climbed 49% to 422 million ringgit. The company sees further growth ahead as smart sensors become ubiquitous. — Anis Shakirah Mohd Muslimin

The operator of Fitness Factory gyms is cashing in on Taiwan’s passion for keeping fit. The health and wellness sector is expected to climb to $9 billion by 2025, from $1.3 billion in 2015, according to the Ministry of Economic Affairs. Taiwan’s rainy, hot weather drives many people indoors for exercise.

The 13-year-old Power Wind Health has attracted health buffs by keeping fees relatively low, at under $40 a month. The company’s net profit rose 62% to NT$444 million ($15 million), while revenue increased 32% to NT$3 billion. To sustain momentum, Power Wind Health plans to nearly double its outlets from 41 now to 80 by 2025. “There’s lots of growing space,” says a company spokesman. — Ralph Jennings

United Paper expanded its production capacity in central Thailand in 2017, just in time to take advantage of rising demand for kraft paper products made from recycled paper and lower raw material prices. The Bangkok-based manufacturer of kraft paper, which is used to make cardboard boxes and other packaging products, more than doubled net profit to 777 million baht ($24 million) in 2018 as revenue jumped 46% to 3.7 billion baht.

Earnings were bolstered by increased demand from online retailers and delivery companies. United Paper’s margins climbed to 21% last year from 14% in 2017 as China banned imports of scrap paper and cardboard in January 2018, driving down the cost of the materials used to make kraft paper. United Paper primarily sells to the domestic market. — Suzy Nam

This chip-testing equipment maker has benefited from a robust semiconductor market over the past three years. UniTest counts SK Hynix—the world’s No. 2 chipmaker by sales—as a major customer. Its net profit doubled to 52 billion won ($48 million) in 2018 as revenue increased 67% to 282 billion won.

Founded in 2000 by Kim Jong-hyun, a former senior researcher at Samsung Semiconductor, UniTest was the first in South Korea to develop a localized chip-testing facility. This facility checks for faults and ensures that chips work in their intended settings before shipping to customers. While the semiconductor industry experienced softer demand in late 2018, UniTest expects earnings to improve in the second quarter of the year as it rolls out new products and signs up new customers in the U.S. and Japan, says a company representative. — Hee-joung Kim