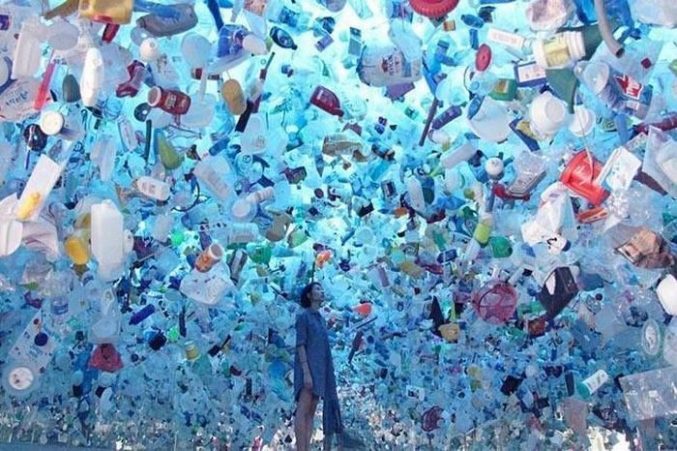 The EU Parliament has voted in favor of a ban on disposable plastic products, bringing the ban one step closer to reality. The ban would affect a wide range of products that have alternatives, such as straws and cutlery.

The EU Parliament has voted overwhelmingly in support of a wide-ranging ban on single-use plastics to counter pollution from the discarded items that pollute waterways and fields.

The parliament backed the ban 560-35. EU member states have given their support but need to vote on the measure for it to go into effect.

The ban would be implemented from 2021 and would affect a range of plastic products that have reasonable alternatives, such as plastic cutlery, foam takeout food containers, straws and drink stirrers.

Disposable utensils would not be completely banned, but the measure calls for them to be made of sustainable materials when possible.

Other products will not be banned but subject to new design and label requirements, while producers will be under tougher waste management obligations to minimize their use.

Wet wipes packaging, for example, must inform consumers of the presence of plastic in the wipes and the damage that is done to the environment if they are not thrown in a bin.

The approved legislation also sets a goal of having plastic bottles be 90 percent recycled by 2025, and to cut in half the amount of litter from the 10 items that turn up in oceans most often.

The European Parliament has said plastics production is now 20 times higher than it was during the 1960s.

The proposals “will help us move on from single-use plastics and toward less consumption, the multiple use of better designed products, more innovation and a cleaner environment,” said Margrete Auken, an EU lawmaker for the Greens/EFA group. “The next step is to move away from our waste-based culture.

The plastics ban was partly driven by China’s decision to stop importing some of the EU’s waste.