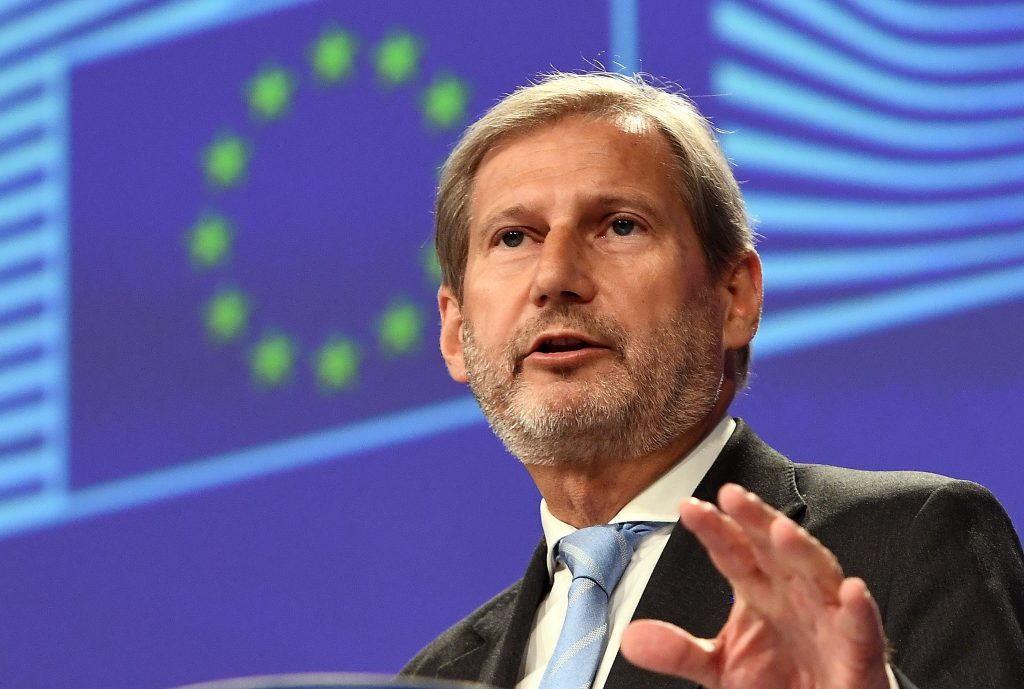 Brussels says EU has ‘underestimated’ China’s reach in Balkans. In an interview for Financial Times, Enlargement commissioner Johannes Hahn expressed his concerns about the level of borrowing from Beijing.

The EU has “overestimated Russia and underestimated China” in responding to rival foreign influence in the Balkans, a senior Brussels official has suggested, in a sign of the bloc’s unease at Beijing’s overtures to the region. Johannes Hahn, the EU commissioner responsible for negotiating with countries wanting to join the bloc, said he was concerned that some countries were borrowing heavily from China to pay for infrastructure and raising the risk of long-term damage to their fragile economies.

Mr Hahn said the EU would instead be a “fairer” partner. “China never cares how and if a country is able to pay its loans. And if they cannot pay, there is some pressure that things are transferred into their ownership,” he said. “Europeans might not be the fastest ones, might seem to demand more than the others, but probably at the end of the day we are by far the fairest partners,” he added.

The Balkan region has seen jostling for influence between the EU — which has held out the prospect of joining the bloc for several more countries, after Croatia became a member in 2013 — and Russia, which has cultural and religious ties in the region. But Mr Hahn’s comments suggest concern that Beijing’s influence risks becoming a further source of instability. “Maybe we have overestimated Russia and underestimated China, and we should give both their right place,” Mr Hahn said.

China has been investing heavily in the Balkans, which are part of its so-called “16 + 1” format, comprising 11 EU countries and five non-EU members: Albania, Bosnia and Herzegovina, Macedonia, Montenegro and Serbia. More than half of the $9.4bn invested in all 16 countries in 2016 and 2017 went to the five non-EU members, according to data compiled by the Center for Strategic and International Studies. Mr Hahn said China was benefiting from aspects of the EU’s transparent and rules-based economy but “not providing and guaranteeing the same in China for European or even foreign companies,” he said, adding: “This is something which is no longer acceptable.”

Central European countries including the Czech Republic and Poland have become wary of Chinese investment after the US levelled spying allegations against Chinese telecoms company Huawei, but Balkan countries had been drawn to loans and infrastructure investments that come with less oversight, said Mr Hahn, who did not comment on Huawei. He said the European Commission would pay much more attention to issues of public procurement, competition, and environmental standards in assessing aspirant member states’ readiness to join the bloc. Bosnian leaders are poised to sign a loan guarantee covering 100 per cent of a €614m loan from China’s Exim Bank to finance a coal power plant. The Energy Community, comprised of EU members and neighbours, has called on the country’s lawmakers not to approve it, saying it constitutes illegal state aid according to EU law.

Mr Hahn criticised a Chinese-financed highway project in Montenegro that sent the country’s debt to 80 per cent of gross domestic product, even as it raised taxes and imposed a partial salary freeze on public servants. He also criticised the EU’s decision to fund 80 per cent of a bridge in Croatia being built by a Chinese company, which he said was “most likely being subsidised back home”. Mr Hahn opposed the bridge in his previous post as commissioner for regional policy. Collectively, the six western Balkan countries outside the EU bloc — Serbia, Montenegro, North Macedonia, Kosovo, Albania and Bosnia — have lost one-tenth of their populations in the past three decades to emigration. The European Bank for Reconstruction and Development estimated last year that at current growth rates, it could take 200 years for the region to catch up to the EU’s average GDP per capita.

Mr Hahn said a regional priority was to solve the dispute between Serbia and its former province Kosovo, whose decade-old independence Belgrade has refused to recognise. Mr Hahn shocked many Balkan watchers in 2018 when he said that Brussels would welcome a deal even if it included a potential land swap, something that for years had been considered taboo by the international community.  A Brussels-mediated dialogue between Kosovo and Serbia, begun in 2011, “is the core part of the whole western Balkan perspective,” said Mr Hahn. “Without a positive result of this dialogue the whole region will not make any kind of final progress.”

Mr Hahn said he hoped the recent breakthrough name deal between Greece and North Macedonia, which paves the way for the latter to join Nato and the EU, could have a “domino effect” in the region.