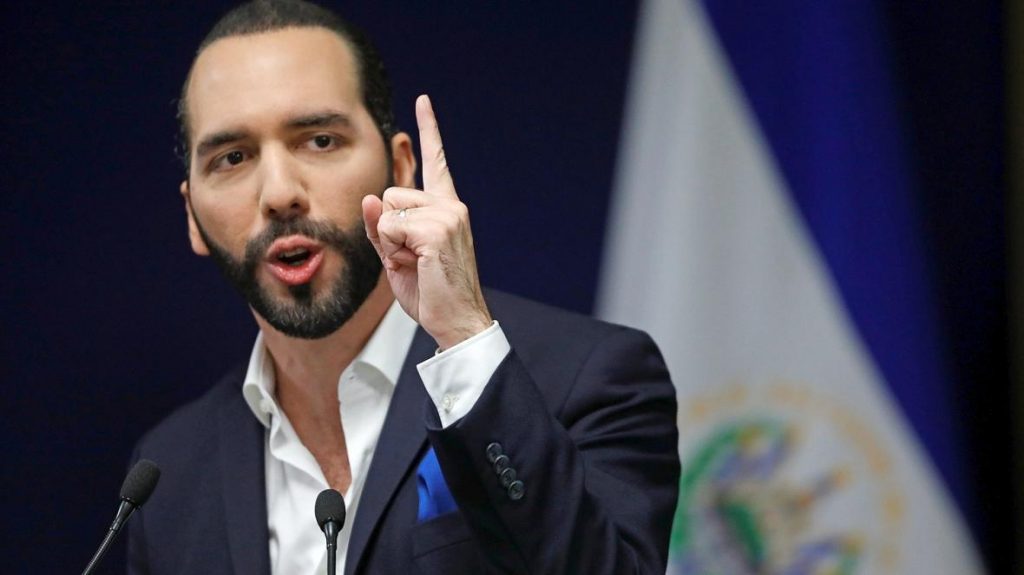 Twitter Facebook Linkedin Google Mail Print
El Salvador has become the world’s first nation to approve bitcoin as legal tender after the country’s congress voted to approve it in law on Tuesday.

‘The #BitcoinLaw has just been approved by a qualified majority’ in the legislative assembly, El Salvador’s President Nayib Bukele tweeted after the vote on Tuesday.

‘History!’ the president added, before noting that ‘the government will guarantee the convertibility to the exact value in dollars at the moment of each transaction.’ He said a majority of 62 out of 84 lawmakers approved the bill, which he proposed last week.

The law passed with the support of Bukele’s allies despite minority opposition parties – who had criticised the speed of the vote – refusing to back it.

Before the vote, Bukele said adopting the cryptocurrency would bring ‘financial inclusion, investment, tourism, innovation and economic development’ to the country.

The 39-year-old president, who has maintained approval ratings above 90 percent and made Twitter his preferred way of communicating, characterized it as an idea that could help El Salvador move forward.

The Salvadoran leader has hailed bitcoin as ‘the fastest growing way to transfer’ billions of dollars in remittances and to prevent millions from being lost to intermediaries.

In 2020, remittances to the country totaled $5.9 billion, according to official reports, and about one quarter of El Salvador’s citizens live in the United States.

El Salvador – a small nation where four out of 10 people live in poverty – has turned to the top crypto asset that has been backed by billionaires like Elon Musk and large financial companies such as PayPal in a bid to boost its remittance-reliant economy.

‘This is a law that will put El Salvador on the world’s radar, we will be more attractive for foreign investment,’ Romeo Auerbach, deputy of the Grand Alliance for National Unity party, an ally of Bukele, said.

But experts have said the country’s move to bitcoin could complicate talks with the IMF, where El Salvador is seeking a more than $1 billion program.

Stephen McKeon, a finance professor at the University of Oregon who studies cryptocurrencies, told Reuters earlier this week that Bitcoin is legal to own in most countries but has never before been designated as legal tender, which would mean it could be used to to settle financial obligations, including taxes.

But, he added, ‘It is unclear whether anyone desires to pay their taxes in Bitcoin.’

Bukele’s New Ideas party holds a supermajority in the new congress seated May 1, giving any legislative proposal from the president a strong likelihood of passage.

In the week before the vote in Congress, the president said 70 percent of El Salvador’s population does not have a bank account and works in the informal economy. Bitcoin could improve financial inclusion, he said.

Riding his high popularity and his party’s dominance performance in February 28 elections, Bukele has concentrated power. His party’s supermajority in congress ousted the justices of the Constitutional Chamber of the Supreme Court May 1. They then replaced the attorney general.

They had been critical of some of Bukele’s more drastic measures during the pandemic, including a mandatory stay-at-home order and containment centers where those caught violating the policy were detained.

Last month, the White House Special Envoy for the Northern Triangle Ricardo Zúñiga said during a visit to El Salvador that the U.S. government would like to see El Salvador reverse the moves against the court and the attorney general. Bukele said that would not happen.

Bukele’s concentration of power, attacks on critics and open disdain for checks on his power have raised concerns about El Salvador’s path.

However, Bukele has a wide base of support in part due to the utter failure of the country’s traditional parties who ruled during the past 30 years to improve people’s lives and to his ability to provide short-term benefits.

The cryptocurrency market grew to more than $2.5 trillion in mid-May 2020, according to the Coinmarketcap page, driven by interest from increasingly serious investors from Wall Street to Silicon Valley.

But the volatility of bitcoin – currently priced at $34,256.50 (£24,159.40) – and its murky legal status has raised questions about whether it could ever replace traditional currency in day-to-day transactions.

The passage of the law in El Salvador came as Bitcoin slumped by ten percent in 24 hours on Tuesday morning amid questions over the cryptocurrency’s security.

It came after FBI investigators in the U.S. revealed they had been able to access a hacker’s digital wallet and retrieve part of a ransom paid over the cyberattack that shut down the Colonial Pipeline last month.

Bitcoin’s value has dropped by nearly in half recent weeks after surging to an all-time high of $63,000 in April, shaking confidence in the market.

But the digital currency is still up 9 percent since the start of the year, and has more than tripled in price from a year ago, according to CNBC.

The slump comes after U.S. officials said they seized $2.3 million of a $4.4million bitcoin ransom which was paid to hacker group after it shut down the Georgia-based Colonial Pipeline, causing fuel shortages and panic buying at the pump.

Court documents said investigators had access to the password for a bitcoin wallet allegedly belonging to one of the hackers, and were able to retrieve the funds.

The U.S.’ largest pipeline, which supplies roughly half the fuel consumed on the East Coast, temporarily shut down its operations on May 7 after hacker group DarkSide broke into its computer system.

Colonial officials said they took their pipeline system offline before the attack could spread to its operating system, and decided to pay a 75 Bitcoin ransom, which equals about $4.4million, in hopes of bringing the pipeline back online as soon as they could.

Bitcoin has struggled in recent weeks amid fears of renewed regulatory scrutiny in China, and critical tweets by tech kingpin Elon Musk.

Musk has been a major promoter of cryptocurrencies but has turned critical of bitcoin since suspending Tesla plans to take it in payment for cars, owing to concerns about the energy use required to ‘mine’ the digital coins

Many crypto specialists have struggled to understand the motives behind his tweets.

A slew of crypto-related accounts in China’s Twitter-like Weibo platform were blocked over the weekend, as Beijing stepped up a crackdown on bitcoin trading and mining.

More actions are expected, including linking illegal crypto activities in China more directly with the country’s criminal law, according to analysts and a financial regulator.

Over the weekend, access to several of widely followed crypto-related Weibo accounts was denied, with a message saying each account ‘violates laws and rules.’