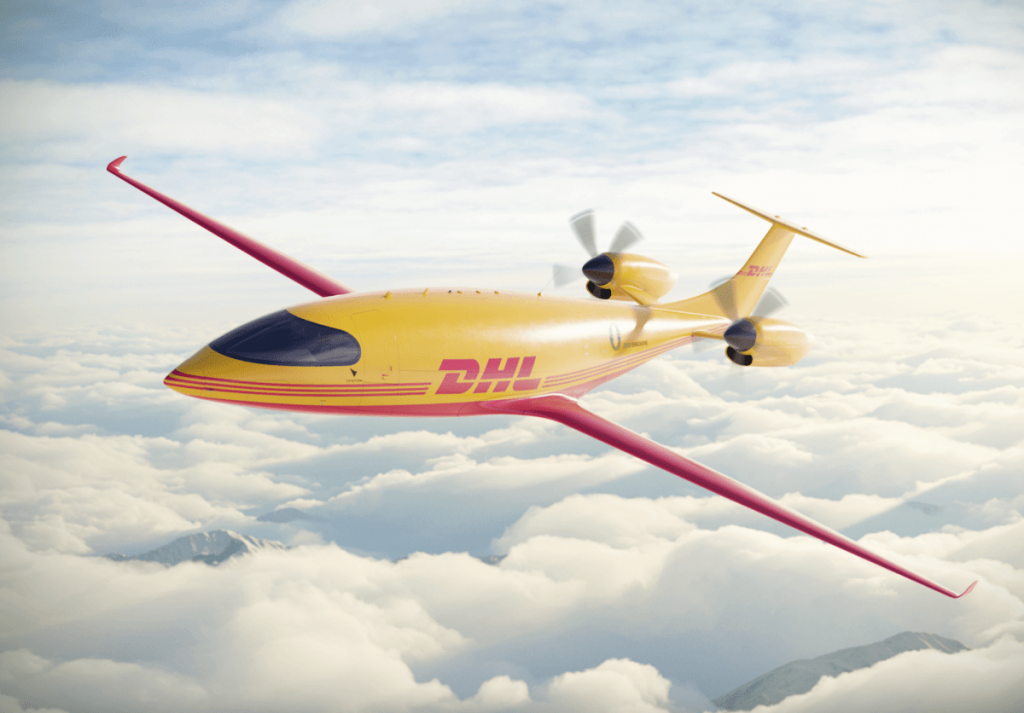 The express division of logistics conglomerate Deutsche Post DHL (DXE: DPW) on Tuesday announced a deal with Eviation, based near Seattle, for 12 eCargo planes and plans to create an electric air delivery network. It expects to take delivery of the aircraft in 2024.

Eviation is developing its electric jet, called Alice, for both passenger and cargo configurations. Alice can be flown by a single pilot and carry 2,600 pounds. It will require 30 minutes or less to charge per flight hour and have a maximum range of 440 nautical miles, according to the company.

“With Alice’s range and capacity, this is a fantastic sustainable solution for our global network. Our aspiration is to make a substantial contribution in reducing our carbon footprint, and these advancements in fleet and technology will go a long way in achieving further carbon reductions,” said Travis Cobb, DHL’s executive vice president of global network operations and aviation, in a statement.

In May, UPS (NYSE: UPS) said it would take delivery of 10 vertical-takeoff electric aircraft made by Beta Technologies, with an option to purchase up to 150 units. Beta’s aircraft are rated for 1,400-pound cargo capacity. UPS plans to use the aircraft in smaller communities currently served by small, fixed-wing aircraft. The aircraft are expected to have a range of up to 250 miles and a cruising speed of 170 mph. Beta is designing the planes to ultimately fly autonomously.

FedEx (NYSE: FDX) is also pursuing electrification for its delivery fleets, but it has not revealed what those plans are for aircraft.

Last month, United Airlines (NASDAQ: UAL) invested in electric aircraft startup Heart Aerospace, which is developing a 19-seat electric aircraft with the potential to fly up to 250 miles. The companies say that could happen by the end of the decade.

Whether DHL receives the all-electric aircraft in 2024 is an open question. Eviation said it will conduct its first test flight with the all-electric aircraft this year. Airline industry executives said it will be a long time before small electric planes can travel long distances with people, but express carriers are betting the technology is a good fit for short-haul shuttle runs that could replace trucks and help enable same-day delivery service.

The Eviation aircraft are part of a companywide initiative to electrify all modes of transport. Earlier this year, Deutsche Post issued its sustainability road map, which includes the investment of $7.8 billion by 2030 in measures to reduce CO2 emissions. The funds will be targeted to electrification of last-mile delivery fleets, including electric-assist cargo bicycles, sustainable aviation fuels, and climate-neutral buildings.

DHL is utilizing many new avenues to expand its express parcel and logistics distribution networks to meet customer expectations for next-day and same-day delivery. It recently inked a deal with Bulgarian fixed-wing drone developer Dronamics to provide middle-mile delivery service in Europe and has hired a passenger airline to operate cargo aircraft in its air cargo network.