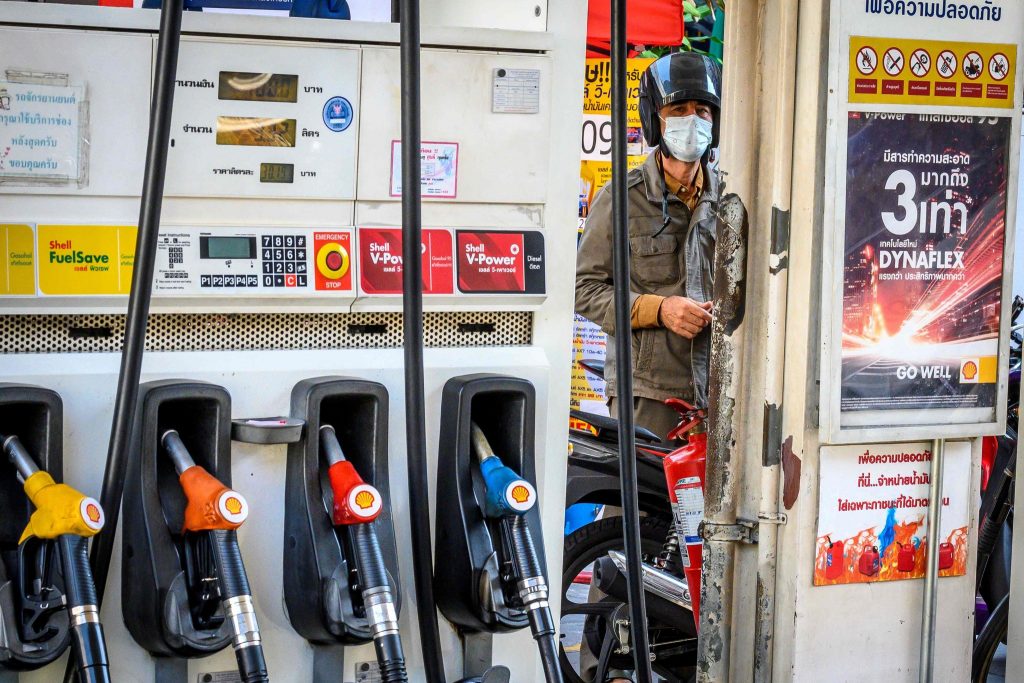 Investors are shaken by a weekend of upheaval

Global financial markets are beginning a perilous week, as the relentless global spread of the coronavirus and a clash among the world’s biggest oil producers shake investors.

Government bonds signaled that investors wanted the security of a safe harbor, as yields on U.S. government debt fell to new lows. Gold, the tried-and-true indicator of investor skittishness, rose.

Oil prices lost a quarter of their value in futures markets, as two major producers, Saudi Arabia and Russia, set off a price war while the world’s thirst for crude is already ebbing. While low oil prices can give consumers a boost, they can also disrupt countries that depend heavily on petroleum dollars to keep their economies running.

World markets were already shaken by the near-shutdown of China in January, as the new coronavirus began spreading beyond the center of the city of Wuhan. Even before the weekend’s developments, stocks in the United States had fallen by more than 10 percent over the past month, as measured by the S&P 500 stock index.

The problem globally is getting worse

On Sunday, Italy took the dramatic step of locking down a large chunk of its industrial northern region. In the United States, a top government disease expert warned that regional lockdowns there might become necessary, though he played down the idea of tight quarantines like the kind China has enacted.

In a note dated Friday, Moody’s Investors Service, the ratings firm, said it was downgrading growth expectations for the Group of 20 nations for the second quarter of the year.

“The full extent of the economic costs will be unclear for some time,” it said in a note to clients. “Fear of contagion will dampen consumer and business activity. The longer it takes for households and businesses to resume normal activity, the greater the economic impact.”

Investors in the Asia-Pacific region showed on Monday that they see the problems getting worse before they get better.

In Japan, the Nikkei 225 index was down 5.5 percent at midday, after economic data released Monday morning suggested the country’s economic slump at the end of last year was worse than expected.

In bonds, yields on the closely watched U.S. Treasury bond fell to 0.519 percent, roughly half the level of just a week ago.

In oil markets, futures tracking West Texas Intermediate crude fell to about $30 a barrel, down roughly one-quarter after Saudi Arabia declared it would cut prices.

Japan revises growth data as it braces for virus impact

Japan’s economic performance at the end of last year was worse that initially thought, the country’s government said Monday, as it issued new economic data sure to increase concerns about the future of the country’s economy.

Japan said its economy had shrunk at an annualized rate of 7.1 percent in the three months that ended in December, revised down from an initial estimate of 6.3 percent last month.

The contraction was largely driven by a pullback in consumer demand after an increase in Japan’s consumption tax to 10 percent from 8 percent in October, and the impact of Typhoon Hagibis, which hit the country in the same month. But Monday’s revised numbers showed that business spending, which has been a bright spot, was also worse than initial estimates.

Japan is already bracing for a serious economic hit from the coronavirus, which has put substantial pressure on the country’s tourist industry. The economic damage began this year when China, the leading source of tourists to Japan, went on virtual lockdown, with many visitors canceling travel plans. Spillover effects from the slowdown in tourism have been felt not just by hotels and restaurants, but also the retail sector, which had been buoyed by overseas spending.

The added pressure on businesses — exacerbated by Japan’s own battle with the virus — could mean the economy will continue to shrink in the first quarter of 2020, pushing the country into recession, generally defined as two straight quarterly contractions.

The outbreak, and China’s sweeping efforts to contain it, has affected just about all of China’s 1.4 billion people. Even the rich and the powerful have to follow quarantine rules, which often means staying home.

But the most vulnerable — the poor, the disabled, the very old and the very young — have been hit hardest. The coronavirus is exposing the breadth of China’s wealth gap and the holes in its social safety net.

China has expanded medical coverage and made poverty eradication a top priority. Yet it still lags behind some other emerging economies, let alone the world’s richest countries, in public spending on education, health care and social assistance. Social spending accounted for 8 percent of China’s economic output in 2016, compared with an average of 22 percent for nations in the Organization for Economic Cooperation and Development, the global club of developed countries.

In Wuhan, the Chinese city at the center of the outbreak, the government made no announcements about the epidemic in sign language, said Cui Jing, an organizer for a group supporting deaf people in the city. On Jan. 23, the day the city was locked down, some deaf residents didn’t find out about it until they had trouble taking public transportation, Ms. Cui said.

The stories recounted in Chinese media extend beyond Wuhan. A 16-year-old with cerebral palsy in a village in Hubei Province, where Wuhan is the capital, starved to death days after his father was taken to a hospital. A 6-year-old boy was found in an apartment in Shiyan, also in Hubei, alone with the body of his grandfather; he told community workers that he hadn’t gone out to ask for help because his grandfather told him the virus was outside.

Outside Hubei, in Henan Province, state media reported that a ninth-grade girl attempted suicide after her school shut down and she couldn’t take online classes, because her family had to share a single mobile phone.