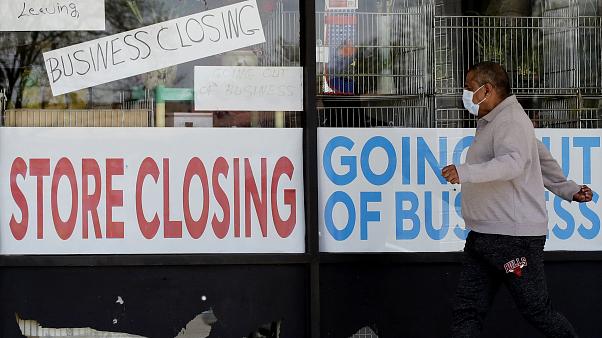 Twitter Facebook Linkedin Google Mail Print
World Bank President David Malpass called on the Group of 20 leading economies to extend the current suspension of debt repayments by the poorest countries through the end of 2021 and broaden the scope to deal with the global pandemic.

The virus and worldwide recession will lead to rising poverty in impoverished nations and debt burdens for some countries are rising to crisis levels, Malpass said in remarks prepared for a virtual meeting of G-20 finance ministers and central bankers on Saturday.

The Washington-based development lender last month forecast emerging markets’ output will shrink for the first time in at least six decades. The rate of Covid-19 infections is increasing in many countries, and even with the G-20’s April agreement that aims to waive about $12 billion in bilateral debt payments from vulnerable countries, the cost of servicing obligations crowds out health and social expenses.

While some economies continue to have access to capital markets for borrowing, investors are being driven by a search for yield, and that complacency risks a new debt crisis that spreads beyond the poorest countries and could weigh on them for decades, Malpass said. He also called for debt reduction, resolution and more transparency.

The Debt Service Suspension Initiative that started in May and runs through the end of this year should be implemented in a transparent way by all official bilateral creditors, including national policy banks, Malpass said. He highlighted the need for full participation by the China Development Bank. Borrowing countries participating in the plans have identified $8.4 billion in eligible savings, he said.

The Covid-19 pandemic is now spreading faster in the Americas and Africa compared to the previous G-20 ministerial meeting in April when the bulk of infections were in Asia and Europe.