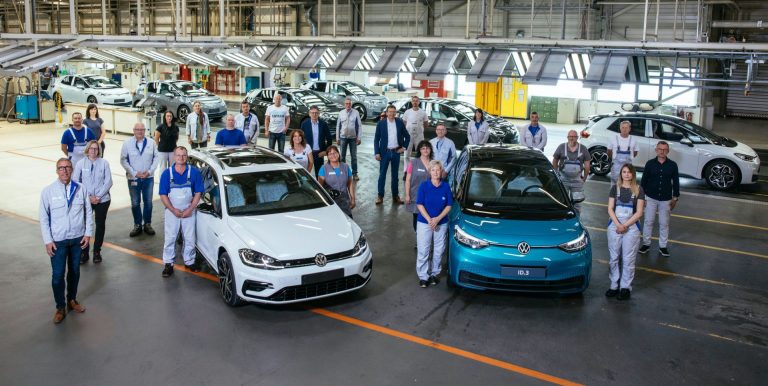 Twitter Facebook Linkedin Google Mail Print
In a recent study of 900 top companies, it was determined that with $192 billion in debt, Volkswagen ranks first among the world’s most indebted companies.

That means it has more debt than countries like South Africa ($180.1 billion) and Hungary ($101.9 billion). Much of VW’s debt is tied to its large financing division. 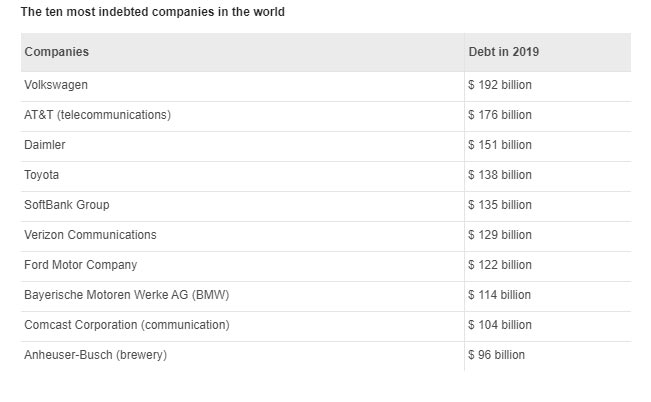 By comparison, there are plenty of large companies out there that don’t have troves of debt and are actually sitting on vast reserves of cash.

Leading the pack is Alphabet with $104 billion in cash, beating out the likes of Samsung with $78 billion, Microsoft with $47 billion, Facebook with $44 billion, Song with $14 billion, and Alibaba Group with $13 billion.

In the wake of the coronavirus pandemic, global corporate debt has jumped around 12 per cent to $9.3 trillion. “COVID has changed everything,” portfolio manager at Janus Henderson, Seth Meyer, told Reuters. “Now it is about conserving capital and building a fortified balance sheet.”