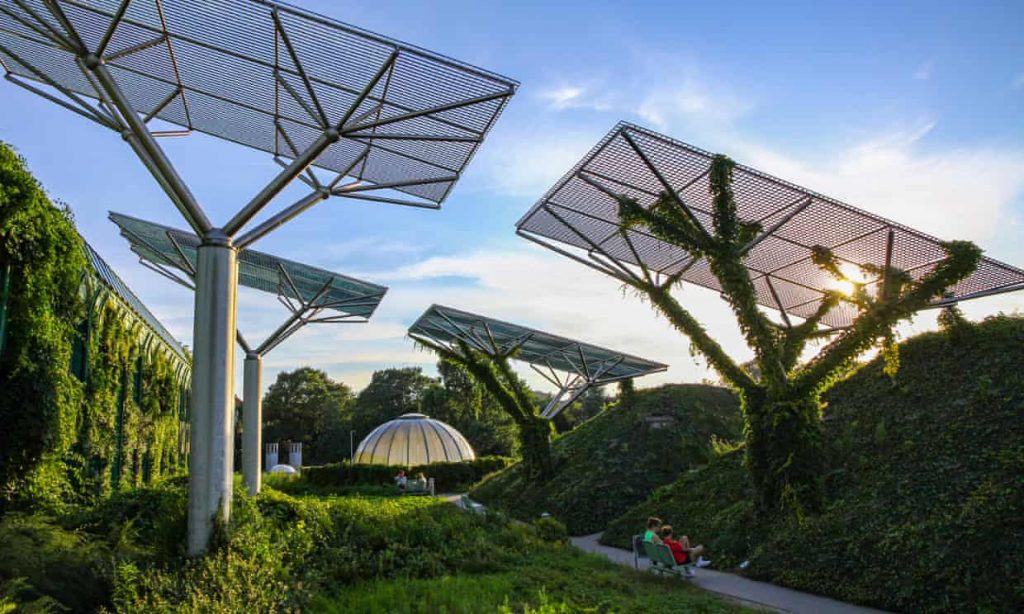 Twitter Facebook Linkedin Google Mail Print
Tackling the global nature crisis could create 400m jobs and $10tn (£8tn) in business value each year by 2030, according to a report published by the World Economic Forum.

The report warns that when the world recovers from the coronavirus pandemic there can be no business-as-usual, with today’s destruction of the natural world threatening over half of global GDP. In 2019 scientists warned that human society was in jeopardy from the accelerating decline of the Earth’s natural life-support systems.

The report, from the New Nature Economy project, published by the WEF, says a nature-first approach from business and political leaders will be a jobs-first solution.

“There will be no jobs or prosperity on a dead planet,” said Alan Jope, chief executive of Unilever and a WEF partner.

WEF, which brings together leaders and hosts the annual Davos summit, said three sectors were responsible for endangering 80% of threatened species – food and land use, infrastructure and building, and energy and mining. But it said these sectors also had the most to gain from a nature-led recovery.

The report says: “We are reaching irreversible tipping points for nature and climate. If recovery efforts do not address the looming planetary crises, a critical window of opportunity to avoid their worst impact will be irreversibly lost. Decisions on how to deploy the post-Covid crisis stimulus packages will likely shape societies and economies for decades.”

Akanksha Khatri, head of WEF’s Nature Action Agenda, said: “Nature can provide the jobs our economies need. There is nothing stopping businesses and governments from implementing these plans today, at scale, to re-employ millions.”

Carlos Alvarado Quesada, president of Costa Rica, said: “We must use the coronavirus crisis as an opportunity to reset humanity’s relationship with nature. [My country] has shown that the transition to a carbon-neutral, nature-positive, economy brings greater prosperity and jobs. It’s time to mainstream this model.”

Many high-level observers, including economists, health professionals, climate experts, and developing countries, have urged governments and business to pursue a green recovery but largely focused on tackling the climate emergency.

Another report in July concluded that almost a third of the world’s land and oceans could be protected while bolstering the economy. The UN has also warned that the world is currently only treating the health and economic symptoms of the pandemic, not the cause – the environmental destruction.

The WEF report proposes a range of measures for boosting jobs and economies, such as cutting food waste by providing metal silos and crates to keep food from rotting. Better management of wild fish too could boost catches and add 14m jobs and $170bn in value, it says. It is also vital to end the $2bn subsidies given daily to agriculture which damage the planet, the WEF report says.

“This expenditure of public money is actually creating harmful effects on the public good,” said Khatri. “Something is significantly broken in our system.”

In cities, retrofitting to increase energy efficiency could save $825bn by 2030, the report says, while the market for urban green roofs is already worth $9bn and could grow rapidly.

Renewable energy is also a huge investment opportunity and already matches the cost of fossil fuels in 30 countries, while the use of human sewage as an energy source is rising.

WEF acknowledged that some workers would lose their jobs in unsustainable industries and urged governments to ensure people were retrained and that the transition to a green economy was fair to all. It estimates that $2.7tn of annual investment is required to fund all the opportunities identified in the report, a sum similar to the stimulus package announced by the US in March.

Jennifer Morris, head of The Nature Conservancy, a US based organisation, said: “Nature simply cannot afford for us to waste any more time. None of this will be easy, system change at this scale never is. But WEF’s report underlines that it is our collective responsibility to transform the ways in which we eat, live, grow, build, and power our lives.”