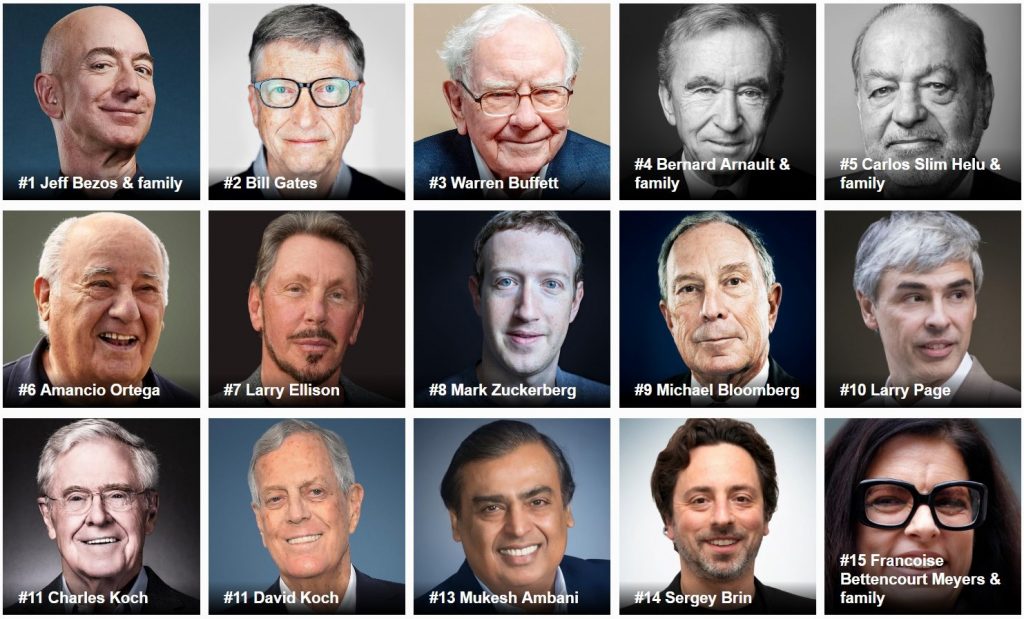 There are fewer billionaires in the world than there were last year. According to Forbes, 55 people sank into the lowly world of being simply multi-millionaires, although in the U.S., the population of billionaires has increased by about 21 since 2018.

Capitalism is taking some lumps—and not just in the headlines. For only the second year in a decade, both the number of billionaires and their total wealth shrank, proving that even the wealthiest are not immune to economic forces and weak stock markets. By our latest count there are 2,153 billionaires, 55 fewer than a year ago. Of those, a record 994, or 46%, are poorer (relatively speaking) than they were last year. In total, the ultra-rich are worth $8.7 trillion, down $400 billion from 2018. Altogether 11% of last year’s list members, or 247 people, dropped out of the ranks, the most since 2009 at the height of the global financial crisis.

Asia-Pacific was hardest hit, with 60 fewer 10-figure fortunes. That dip was led by China, which has 49 fewer billionaires than a year ago. Europe, the Middle East and Africa also lost ground. The Americas, driven by a resurgent Brazil, and the U.S. are the only two regions that have more billionaires than they did a year ago. There are now a record 607 in the U.S. That includes 14 of the world’s 20 richest. Jeff Bezos is again number 1 in the world, followed by Bill Gates at number 2.

Even with strong headwinds, resourceful and relentless entrepreneurs found new ways to get rich: 195 newcomers joined the ranks. The richest newcomer is Colin Huang, the founder of Chinese discount web retailer Pinduoduo, which went public in the U.S. in July. Other notable new entrants include Spotify’s Daniel Ek and Martin Lorentzon; Juul Labs’ James Monsees and Adam Bowen, Kind Bar’s Daniel Lubetzky and cosmetics wunderkind Kylie Jenner, who is the world’s youngest billionaire at age 21.