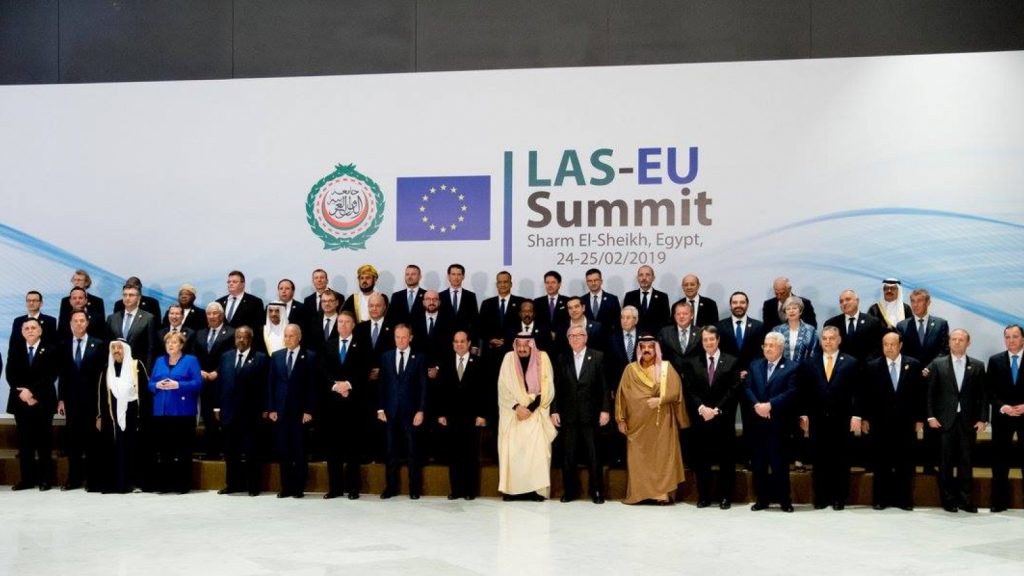 Leaders from the 28 EU Member States and the 21 countries of the League of Arab States, as well as the Secretary General of LAS, were also invited. The High Representative of the European Union for Foreign Affairs and Security Policy/Vice-President of the European Commission, Federica Mogherini, and Commissioner for European Neighborhood Policy and Enlargement Negotiations, Johannes Hahn, also participated at the Summit.

“I would like us, together, to defend the fundamental values of respect for human rights and tolerance. Our common history and our geographical proximity calls for us to work together,” said President Jean-Claude Juncker at the Summit’s opening session. “Combined, the Member States of the League of Arab States and the European Union account for 12% of the world’s population. What we can do together, to ensure the stability of our regions and beyond, weighs much more than our demographic weight.”

The full remarks of President Juncker at the opening session of the EU-League of Arab Sates Summit and at the press conference* are available online.

The Leaders also agreed on a joint declaration, summarising the wide range of areas discussed.

In their discussions, the EU and the League of Arab States reaffirmed that stronger regional cooperation is the key to find common solutions to common challenges. They renewed their commitment to create new opportunities through a collaborative approach, by placing people, in particular women and youth, at the heart of joint work. Leaders recognised the important role played by civil society. Both sides also agreed to strengthen economic cooperation and committed to develop a concrete agenda especially in the fields of trade, energy, science, research, technology, tourism, agriculture and other mutually beneficial areas.

The EU and Arab Leaders expressed their commitment to multilateralism and to an international system based on international law. Greater cooperation between the EU, the League of Arab States, the United Nations and the African Union is crucial to tackle global challenges. They reiterated their full commitment to the universal 2030 Agenda for Sustainable Development. These principles should guide the work to tackle common challenges such as climate change, upholding international human rights law, irregular migration, smuggling and trafficking in human beings, protection and support to refugees and the fight against hatred and intolerance. The Leaders also exchanged concerns on threats to peace and security such as terrorism and radicalisation. All these global challenges require concerted work in accordance with international law.

As outlined by the High Representative/Vice-President Mogherini, the Leaders had constructive, serious and thorough discussions on regional issues such as the Middle East Peace Process, recent developments in Syria, Libya and Yemen and reaffirmed their commitment to the UN-led processes and full support to the UN Special Envoys/ Representatives. They reaffirmed their common positions on the Middle East Peace Process and reiterated commitment to reaching a two state solution as the only realistic way of achieving a just, lasting and comprehensive peace. They also reaffirmed the need to support UNRWA and called for a fundamental change for the better in the Gaza strip. On Syria, they recalled that the only sustainable solution is a genuine political transition in line with the 2012 Geneva communique and agreed that their respective policy towards Syria shall be conducted in step with tangible progress towards a peaceful political settlement. On Libya, they expressed their support for the UN efforts and the implementation of the Libyan Political Agreement on 2015 and called on all Libyans to engage in good faith in the UN-led efforts. On Yemen, the Leaders welcomed the Stockholm agreement and in particular the ceasefire on Hodeidah and called for safe, rapid and unhindered delivery of humanitarian aid.