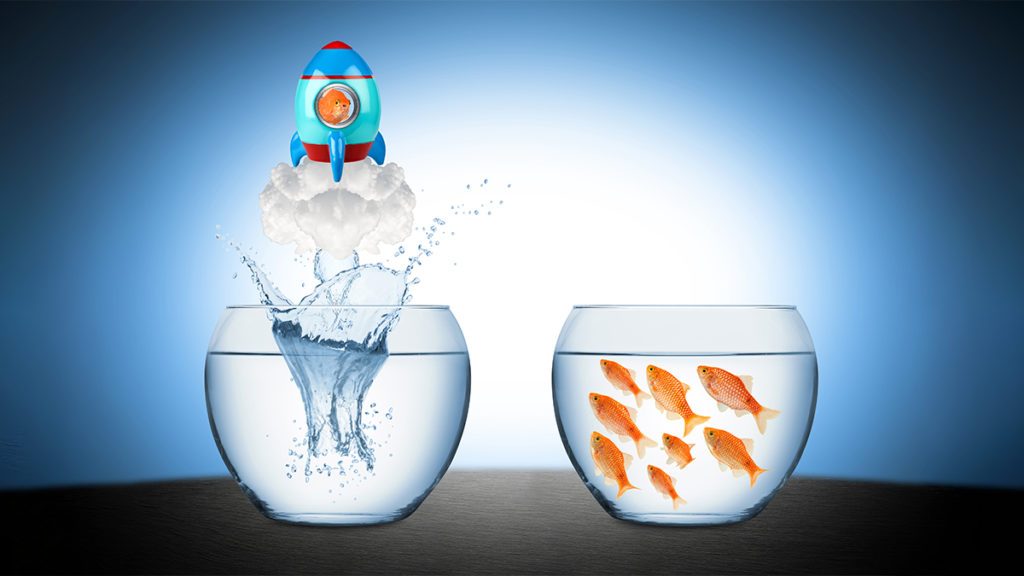 Twitter Facebook Linkedin Google Mail Print
What makes a company innovative? In the words of Steve Jobs: “It’s not about money. It’s about the people you have, how you’re led and how much you get it.” Several studies attest to the truth behind Jobs’ assertion, showing that leaders play a key role in determining a firm’s innovation success. For instance, overconfident CEOs, CEOs with sensation seeking personalities, and those with general managerial experience have all been shown to make their company more innovative.

We wanted to explore a different aspect of a CEO’s background – whether they’ve innovated themselves — and see whether it leads to greater company innovation. In a recent study, published in the Journal of Financial Economics, we focused on inventor CEOs. We found that companies led by inventors do produce more and better innovation.

Why study inventor CEOs? We were interested in the idea of “learning by doing,” the idea that certain skills and insights can only be acquired through first-hand experience. Many studies have found this to be true in areas like investing, where, for example, venture capitalists who have founded a start-up themselves outperform those who haven’t, and where investment analysts with actual hands-on business experience more accurately forecast future stock prices. We investigated whether a CEO’s first-hand experience “doing” innovation made them better equipped to foster successful innovation at their firms.

First, we tracked the inventing history of 935 CEOs at publicly-listed U.S. high-technology companies, using information from the U.S. Patent and Trademark Office starting from 1975. When we found that a CEO was a named inventor on at least one patent, we designated them as an “Inventor CEO.” About one in five companies in our our study were found to have an Inventor CEO. Some of these CEOs had invented early on in their career, while others continued to invent during their tenure as CEO. A few examples of some legendary Inventor CEOs who are in our data include Lawrence Ellison, Bill Gates, and Steve Jobs.

Then, we compared the patented technologies (in terms of volume and impact) of firms with Inventor CEOs and firms not led by inventors, over a 17-year period starting at 1992. We made sure the firms we were comparing had similar levels of investment in research and development, were at a similar stage in their life cycle (similar size and age), and were in the same industry sector.

We found that inventor-led companies were not only awarded more patents, but these patents were commercially more valuable and scientifically more influential than patents awarded to non-inventor-led firms. Importantly, the innovations associated with these patents were also more likely to be radical in nature, resulting in the introduction of more breakthrough products, compared with similar peer firms.

To attribute this innovation success more directly to the presence of Inventor CEOs, we looked deeper into the CEOs’ actual experience. Some CEOs appeared to only have limited inventing experience, whereas others had a more recognized history of being high-impact inventors. We found that the effect an Inventor CEO had on their firm (in terms of patents) was noticeably stronger when they were previously a high-impact inventor.

We also examined the specific types of technologies that Inventor CEOs had worked on in the past, to understand whether this had anything to do with how strong their effect was. We found that when the CEO’s previous inventions were more closely aligned with the type of technology their firm produced, then this led to even greater innovation success for a firm.

While these patterns are very interesting, they’re only correlational. We tried to go a step further to see if we could shed some light on whether Inventor CEOs were actually causing these effects, or whether they were simply being hired by firms that were already patenting successful innovations.

We zoomed in on a small sample of 15 companies that experienced a shock: an Inventor CEO unexpectedly exiting for reasons that were unrelated to the firm’s innovation (for example, having an illness or even a sudden death), and the firm replacing him or her with a non-inventor. We then examined how these types of CEO transitions affected the firm’s innovation performance, by comparing them to a set of otherwise very similar “control” companies, which also experienced unanticipated CEO transitions, but only from a non-inventor CEO to another non-inventor CEO.

We found that, relative to the control group of transitions, the output and impact of patents significantly declined after the departure of an Inventor CEO. This decline in innovation activity occurred mainly in the technology classes where the outgoing Inventor CEOs had their experience, again pointing to the direct influence of an Inventor CEO on their firm’s innovation success.

Why are Inventor CEOs so special?

We believe that Inventor CEOs have a positive effect for a number of reasons. Inventing experience can provide a CEO with deeper insights into their firm’s technology and how to manage the business around it. Sandisk CEO Sanjay Mehrotra, who has been awarded more than 70 patents, has described the influence of his inventor experience this way: “It’s helped me a great deal in understanding the capabilities of our technology, and in assessing the complexities of the challenges ahead. That makes a big difference in determining strategic plans and in managing execution. It becomes easier to focus attention on the right issues”

First-hand exposure to the process of innovation may also make Inventor CEOs better able to create a culture that fosters creativity and innovation. For example, they may have a higher tolerance for failure, or they may be able to directly engage with the firm’s R&D teams, making the company more agile in commercializing new ideas and approaches. In contrast, CEOs without an inventive streak may focus less on innovation and more on other aspects of a CEO’s role, such as reporting, compliance and internal control and monitoring systems.

Apart from enhancing innovation, inventing experience may also make an Inventor CEO a more authentic and convincing spokesperson for their firm’s products, helping the firm’s innovation make a greater impact in the industry.  For example, one reason behind Apple’s hugely successful product launches was CEO Steve Jobs  selling their technological breakthroughs to the world. When he spoke, people listened.

Whatever the underlying reasons behind the success of Inventor CEOs, our evidence suggests boards of directors at high-tech firms should pay close attention to the inventor credentials of any potential CEO. They may bring unique innovation-enhancing capabilities to the role.