Ideal natural conditions coupled with outstanding technological prowess led to Iceland’s self-sufficiency in electricity and heating. Hydro-electric and geothermal technology are the cornerstones of this success, and the government’s focus on R&D and pro-business mindset make it the ideal place to invest in new green solutions of global relevance.

Iceland’s economy has recovered well from the pandemic, as the OECD (Organization for Economic Co-operation and Development) forecasts GDP growth of over 5% this year and 4% in 2023. The country’s resilience to unexpected shocks underpins its economic sustainability – a lesson learned the hard way.

“That was useful when making decisions about the pandemic domestically, but also in preparing to lift restrictions and going back to normal. We’ve emphasized investment in R&D and it’s starting to pay off.”

Halldór Benjamín Þorbergsson, Managing Director of the Confederation of Icelandic Enterprise (SA), highlights the dialogue throughout. “We were actively involved in developing and executing the government response, and that’s a very smart approach,” he says. “They’re asking businesses: what is the challenge, and what should we do to address it? The response was well structured and well executed.” 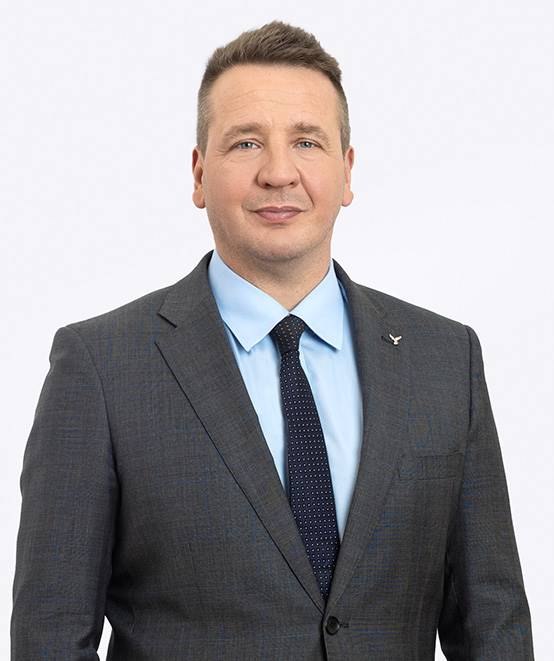 “It’s very much in Iceland’s DNA to use natural resources in a sustainable way.” Gudlaugur Thór Thórdarson, Minister of the Environment, Energy and Climate

Today there is agreement on the need to focus on another type of sustainability: environmental. It has historically been central to Iceland’s economy but is gaining greater importance by the day. “It’s very much in Iceland’s DNA to use natural resources in a sustainable way,” says minister Thórdarson, stressing the need to balance growth and nature.

“The big fight is against climate change and it runs through every sector,” he explains. “We are sit – ting down with every stakeholder to find ways to achieve our ambitious goals.”

“We’re now undertaking the energy transition, which is definitely the largest task, but we can draw on our experience from earlier transitions. The first was about a hundred years ago when we started generating electricity sustainably.”

Geothermal water not only heats Iceland’s homes but is also used to generate electricity. The minister stresses that this is “knowhow that can be built on and used in all the parts of the world.”

To that end, it is no coincidence that the world’s largest geothermal heating system is in Xinjiang, China, built jointly by Icelandic and Chinese firms. According to Thórdarson, such systems “can be used more or less around the world” and could do much to reduce global carbon emissions.

The governing coalition focuses on investing in green technology. Iceland’s experience in the field makes it an ideal location to develop solutions in wind, hydro-electric, geothermal and even solar power. In addition to the natural conditions, there are generous government incentives, and thriving R&D activity. 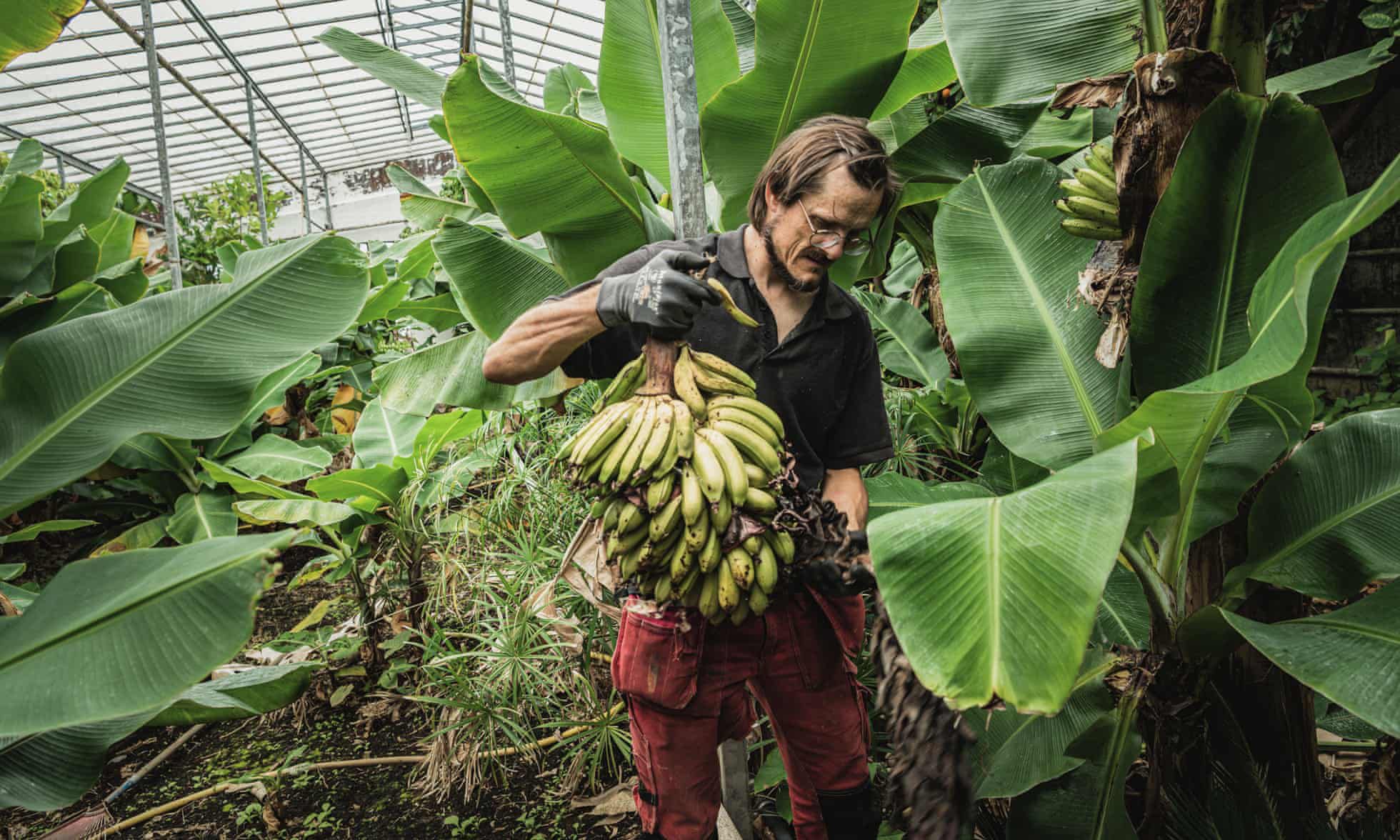 The greenhouse banana plantation Hveragerði at the Icelandic Agricultural University has been growing bananas for research purposes since the 1950s and it is one of Europe‘s largest plantations.

Þorbergsson, the business confederation leader, says that incentives for green solutions align well with official goals. “When companies invest in machinery, equipment and vehicles, they are generally rewarded with an extra depreciation on top, so there is a significant incentive there.”

“This is happening at a rapid pace – we see it in fisheries, which have been in heavy investment mode for a decade. We see it in tourism, with car rentals going electric and local airlines studying the possibility for green domestic flights, which they say are viable within a decade,” Þorbergsson notes.

There is a general focus on boosting R&D spending, with SMEs able to claim back 35% – an incentive that, according to Þorbergsson, has seen these companies’ share of GDP “growing by leaps and bounds.”

And while this specific break is not available to big multinationals, there are myriad opportunities in green tech. “That will hold the key to our future in terms of FDI,” he says. “We are positioning the economic opportunities for foreign investors to take part in larger green projects.”

He cites work on ideal sites for ‘eco-industrial parks’ with a circular economy focus. “There is high demand for this, including from U.S. investors,” he says, mentioning the war in Ukraine as one reason. “It’s focused on offering investors well-defined, well-developed value propositions based on sustainable solutions, with a lot of it related to electricity generation.” 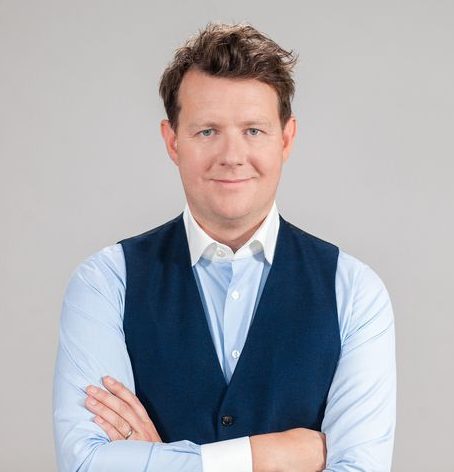 “We are positioning the country and the economic opportunities for foreign investors to take part in larger green investment projects.” Halldór Benjamín Þorbergsson, Managing Director, Confederation of Icelandic Enterprise

For foreign investors, Þorbergsson says, the confederation is the ideal partner. “In a small independent economy like Iceland, you need a one-stop shop to answer questions,” he says. “It’s a complicated regulatory environment, not comparable to anything else, and you need a clear message that you’re welcome. We’re here to help.”

The government is also unashamedly upbeat, citing highly skilled labor and a friendly business environment. As well as a corporate tax of 20% – among Europe’s lowest – other positives include the availability of land and a European legislative framework. Foreign experts who move to Iceland to work in their field can apply for a 25% income tax exemption for up to three years.

“But the main thing is that all the opportunities are here,” the minister reiterates, citing Iceland-based ventures that are leaders in innovative climate solutions. “Probably the most famous is Carbfix, which grabs CO2 and turns it into rock,” he says. “But there are many other companies and innovative ideas.”

“Iceland is the place to be when it comes to new, green solutions – it’s as simple as that,” the minister concludes.

Putting Iceland on the big screen